Here’s a bit of brutal honesty. Try as I may, I seem to say something dumb at least once a week. It’s not intentional. It’s born of frustration or emotion and although it’s hard to admit, sometimes it’s just ignorance. Am I alone in this? I think not…I hope not.

Unfortunately my brain doesn’t register, “inappropriate” until she hits back with a verbal upper cut. Suddenly we both find ourselves suffering from emotional internal bleeding. Then it all goes quiet and I know I’ve done it again. I know I’ve spoken out of the heat of the moment instead of the truth.

Once the arguing stops, I explain my point of view. We argue some more and finally I apologize…again. I say “again” because this ain’t my first rodeo. Once we stop and listen to each other, I mean really hear each other out, it ends up in forgiveness. But there is still a deep sense of shame and regret that I’m not aware enough to avoid these mis-steps.

Then I think about my Heavenly Father and the fact that His plan made allowance for my humanity. As if He knew somehow that in the eons of time Wynema and Hannah would need a lot of grace. That because of the blood of Jesus I am allowed to make mistakes and my daughter is allowed to desire the expensive sweatpants and I am allowed to tell her “no”. The emotions of the moment are still real, the words just as painful. But at least I know it’s going to be good, it’s all ok. I think as His grace is working in me, it can work through me toward Hannah or whomever happens to need it at the moment. And hopefully through Hannah toward me who need grace quit consistently. I’m growing, she’s growing, all God’s children should be growing in Grace. 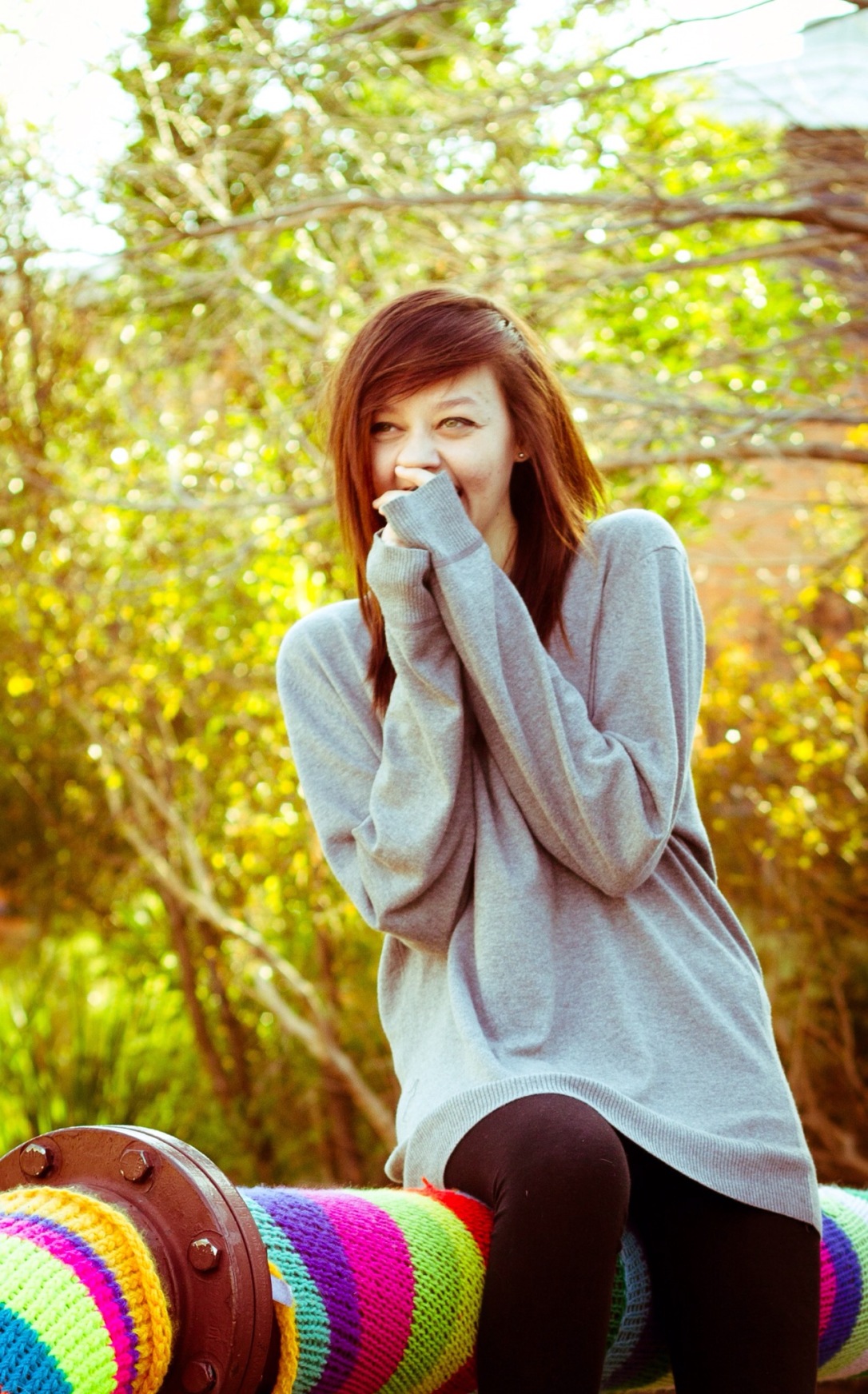 Just had one of those moments with Hannah that are priceless. Moments of deep conversation. I’m so amazed at her emotional awareness and tender heart. We talked about what it’s like in that deep pit of anxiety and depression as a teenager when you are so caught up inside yourself that you are afraid to speak or participate or even be seen. But inside herself she became acutely aware of what was going on around her. She made mental notes to herself about what she would never do and what should never be done to another person. What hurts and what heals.
Now that she has become able to see the beauty of life again she said she understands that things, in that state, are not as they seem.

We both recall the night when in a deep pit of depression Hannah reached out to some “so called friends” and they relentlessly pushed her to the edge via text messaging, telling her that she was just an attention whore and she wasn’t depressed. Hannah did the right thing by reaching out for help but ignorance told her she was faking it, to pull herself up and stop demanding attention. And it went on and on until my son stepped in and took her phone.

We got much needed help and support from our church family but we also got a list of things we could have done to allow the devil in-road to our daughter bringing this depression. I was told to see if I had any unconfessed sins or un-renounced involvement that could have brought a curse into our lives. So in an exhausting attempt to free her from this we rebuked, renounced, covered and confessed whatever we thought would work. There would be relief for a time and then it would come back.

Finally after loud times of asking God why us, we tithe, we volunteer, we are the faithful ones, why us? I cried, yelled, and after doing all I could do, gave up. That’s when my attention was turned back to Jesus. That’s when I remembered the cross and the finished work and I was introduced to teachers like Dr. Farley and Creflo Dollar who showed me the truth of the New Covenant. Suddenly I was quiet long enough to hear the spirit say take her out of that school and check her hormones.
There wasn’t so much a miraculous deliverance needed as there were physical needs that had to be met. Now that those needs are being addressed she is my beautiful baby girl once again. Smart, quick witted and intuitive.

Watching a YouTube video of a bunch of middle school kids abuse a 20 year old autistic man brings her tears. She mentions it over and over because it bothers her so badly. She said mom, how could anyone at any age justify such an act in their mind? We talked about how grateful we are to the internet because now, that behavior can be exposed. Understanding that middle school ignorance and religious ignorance are both equally as damaging has helped us to grasp the need for a true revelation of grace in everyone’s life.

When young people are taught Grace and the power of God’s plan of redemption for ALL who believe there can be a revolution of love toward others that can change the world. When the church realizes what really happened at the cross they would see that Jesus bore any and every curse for us and put an end to the curse mentality. This would change our ideas that God owes us something for the good that we do and that it’s not my sin that brought some kind of Godly wrath on me.

This new covenant revolution is necessary to see our world change. It’s this new thing called “Love Thy Neighbor As Thyself”. Not because you’re taught to love as a rule but as a natural outgrowth of understanding. It’s the fruit from the tree of the life that is in our spirit, and it changes our lives in the most practical of ways. 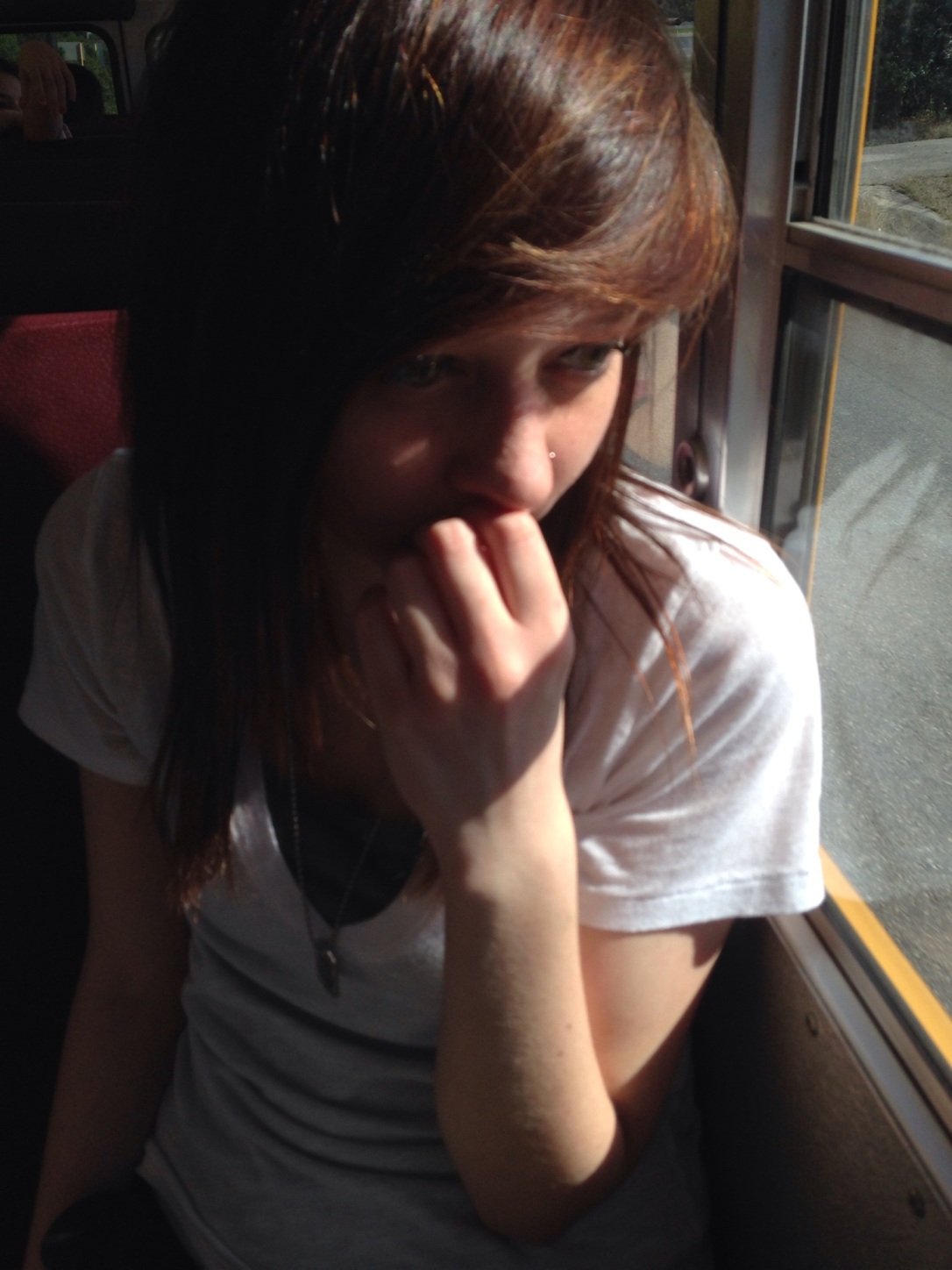 It all started one ordinary Sunday afternoon. Everyone coming proudly out of church dressed in layers of pastels and nylons. I couldn’t help but laugh to myself at all the effort put into this uncomfortable image of piety.  And there he was this man that I adore and fear, this man I praise and doubt. It’s very hard to hear high and lofty words from the pulpit only to go home to see the humanity. I was always daddy’s little girl, and wanted desperately to please him but I came to the conclusion that as much as I would like to be perfect it simply could never happen. And I was ok with that, although he was convinced that I was settling, when I was only choosing to live and love. It was hard enough being a young woman without the added pressure of religion and unreasonable expectations breathing down my neck. I saw things so differently and in my heart I believed God gave me these eyes.

Do I dare to shake it up?  Do I dare break the mold and see if what I have been told can stand the ugliness or the beauty of the world?  I just can’t believe that God would be in nylons, I mean I choose to believe he would be on a Harley Davidson riding through the streets of New Orleans.

One day many years ago I chose to open my eyes and look outside of the clean white sheets of religion.  I decided that if the cross was the real deal then it would work in the real world.  I decided that I would raise my kids in freedom and love and with their eyes wide open to the real world.  As a result, today I have a 15 year old daughter who sports piercings and enjoys various other avenues of self expression and yet she is the one who classmates can trust with their deepest darkest secrets.  She is the one they go to when they are in trouble and yet she holds fast to her faith.  She loves them and isn’t afraid of them and I am so glad she tells me their stories.  I was raised to be protected from the world by going to church but she is being raised to know that she is the church going into the world and I am so proud of her!  Freedom is a beautiful thing!

I see things different because I have gone outside of the stained glass windows.  I have conversed with the drug addicts and held hands with the sons and daughters of poverty.  I have learned that if you close your borders to the outside you will never have the necessary compassion that is required to change what needs to be changed.  How can I have an opinion if I don’t have a relationship with those of other points of view, lifestyles, cultures and ideas.  But if fear is what motivates me then I will remain in nylons, pastels and behind those walls and God will still love me but others who need Him will not know His love!

All of us live, to some degree, as Preacher’s kids.  Maybe your’s isn’t of religion but perhaps of an ideology that you grew up with.  Don’t allow fear to stop you from seeing the world with fresh eyes.  God created us with minds so that we can think and He isn’t afraid of us using the tools He gave us.